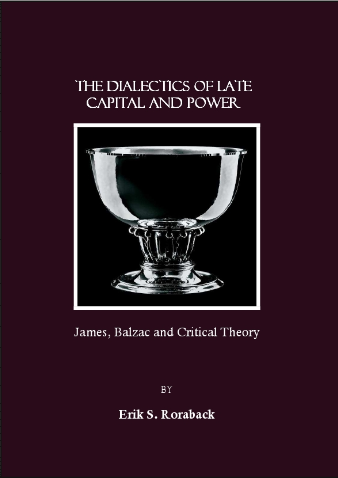 This essay offers up a provocative new theoretical tack on the topic area of the dialectic of capital, the dialectic of cruelty, and the dialectic of power and of their intricate and self-differential inter-relationships and forms of being, under late capitalism, as delineated in selected narratives of two major Occidental novelists, Henry James and his key paper friend, Honoré de Balzac; it does so from a genuinely inter-disciplinary perspective that draws from heterogeneous waves of critical theory broadly conceived, having thus something to say to contemporary culture both of general and of academic interest alike. Key concepts elucidated and fleshed out in the work for the first time in a volume-length and systematic way in the study of the humanities, in order to get the show on the road, include the theoretical notions and arguments of true power and capital as un-power , non-power , un-capital , and non-capital ; other suchlike examples punctuate the essay that attempt to meet precise theoretical and practical requirements for a twenty-first century increasingly submitted to the logic of capitalist power. The present study also thus offers new ways of thinking about the enormous and age-long subject of big power and capital that would, in the final tally, want to align itself with such prophetic traditions of thought as what Gilles Deleuze and Félix Guattari, for example, have termed the New Earth . This book makes fascinating and long-overdue connections between Balzac s and Henry James s literary treatment of money – money both as an economic fact and as a metaphor and symbol. Dr Roraback s astute analysis is pioneering, and should be read by all experts on these two authors as well as by anyone who has an interest in the post-1800 novel . –Alison Finch, Professor and Senior Research Fellow, Churchill College, University of Cambridge, author of Women s Writing in Nineteenth-Century French (Cambridge Studies in French) (Cambridge University Press) very sensitively and well written […] a most interesting project –Stephen A. Erickson, Professor of Philosophy and the E. Wilson Lyon Chair of Humanities, Pomona College, author of The (Coming) Age of Thresholding (Kluwer Academic Publishers) an important new vision of Henry James […] Roraback s compelling use of contemporary theory pitches his book to a wide reading audience […] an important work of literary scholarship, which will contribute significantly to a number of intellectual fields –Henry B. Wonham, Professor of English, University of Oregon, co-editor Tales of Henry James (Norton Publishing Company)